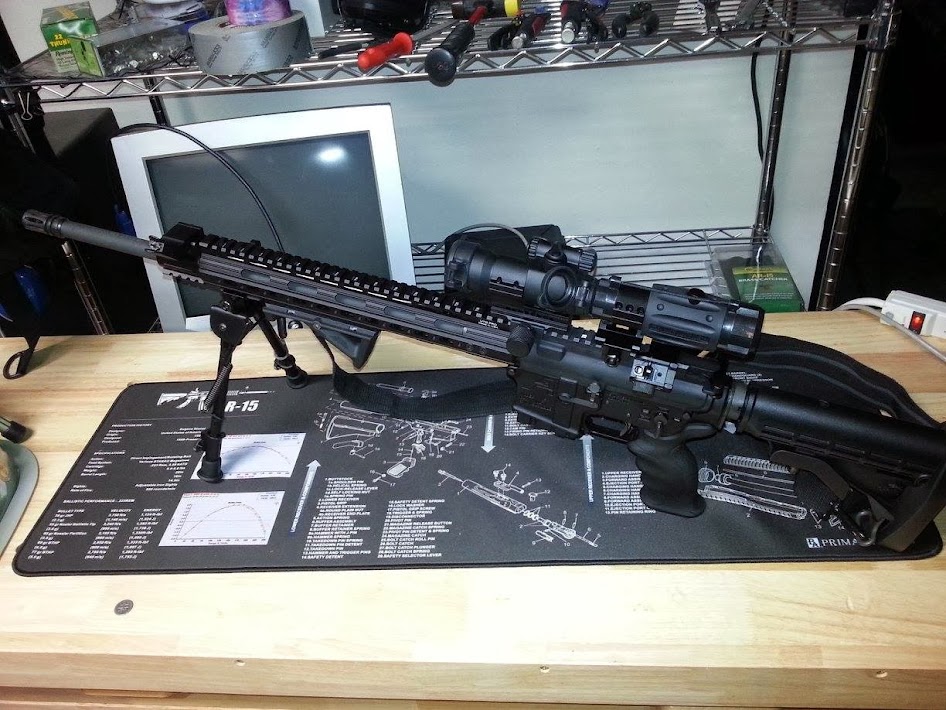 ORIGINAL POST
At the bottom is the shopping list for the items I purchased to build my first AR-15. For the Upper and Lower Components, and for a 20″ Barreled AR-15, it cost about $700.00. Building your own, even if it’s just purchasing pre-assembled uppers and lowers, is the most cost effective method. I probably would had gone with the pre-assembled route, but Palmetto State Armory had Black Friday deals that were so good it was more cost effective for me to build it from scratch.